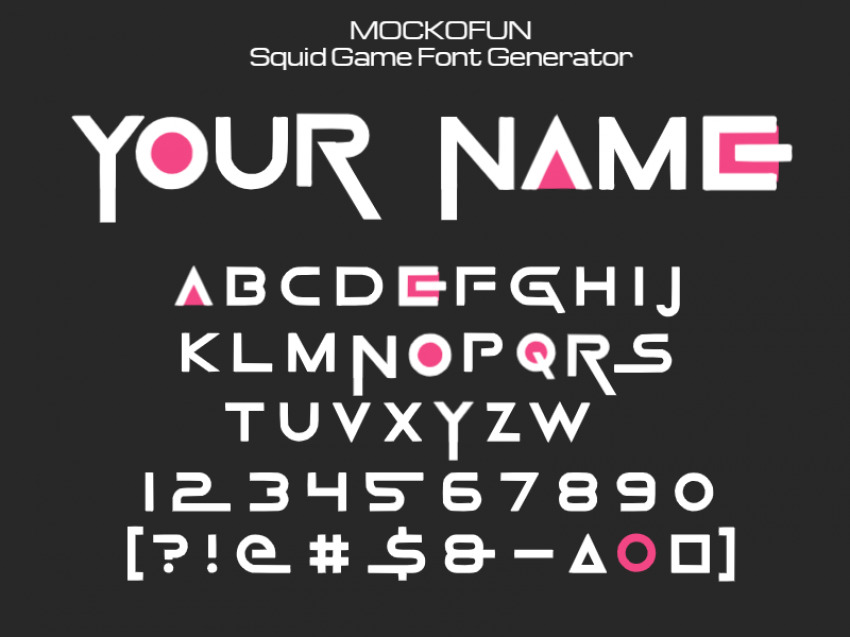 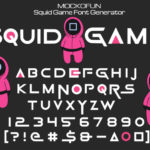 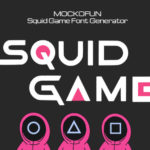 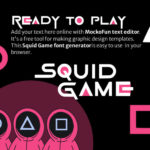 🔺🔴🟥  This free online Squid Game font generator allows you to write text using individual Squid Game letters. Click on the Duplicate button from the top menu to copy the letters.

The Squid Game Font used in the logo is a futuristic font inspired by science fiction. The high tech fonts, sci-fi fonts, space fonts have a certain design that is perfect for posters, web design, branding, movie titles, logos and headlines.

The Squid Game Netflix font is inspired by the original font used in the TV series. The Squid font is great for all the fans to make personalized items like posters, T-shirts, etc.

The Squid Game font is in SVG format so you can resize it without loosing quality. You do not get the letters pack, you get your design in PNG, JPG, PDF or SVG file format.

Inside this online template you will find the game of squids font to create text online. Make a PNG text with your own message, name, quote, etc.

The squid game font style is like shown in the screenshots. You can edit the text color including the pink accent color.

If you are looking for a Squid Game text that is editable and customizable online, you are in the right place.

Combine the squid game logo font with the pink soldiers to make an unique design.

The squid game logo text is actually a set of letters so you will not find it in the fonts drop-down list.

It’s easy to make a Squid Game logo png for your website, social media, forum signature, etc. The squid game logo maker has lots of cool features so you can start designing.

The Squid Game number font is also included in the template. Because the players have numbers, you will probably need numbers not only letters. Here are some examples: Squid Game 456 (Seong Gi-hun, actor Lee Jung-jae), Squid Game 001 (Oh Il-nam, actor O Yeong-su)

Create your text design online and Download the Squid game PNG. If you need a Squid Game background or Squid Game wallpaper, make your own design with text and graphics.

The Squid Game template is really useful for PowerPoint presentations, games, videos and other projects.

Scroll to top
We use cookies to offer you our service. By continuing to use this site you consent to our use of cookies as described in our policyGot it