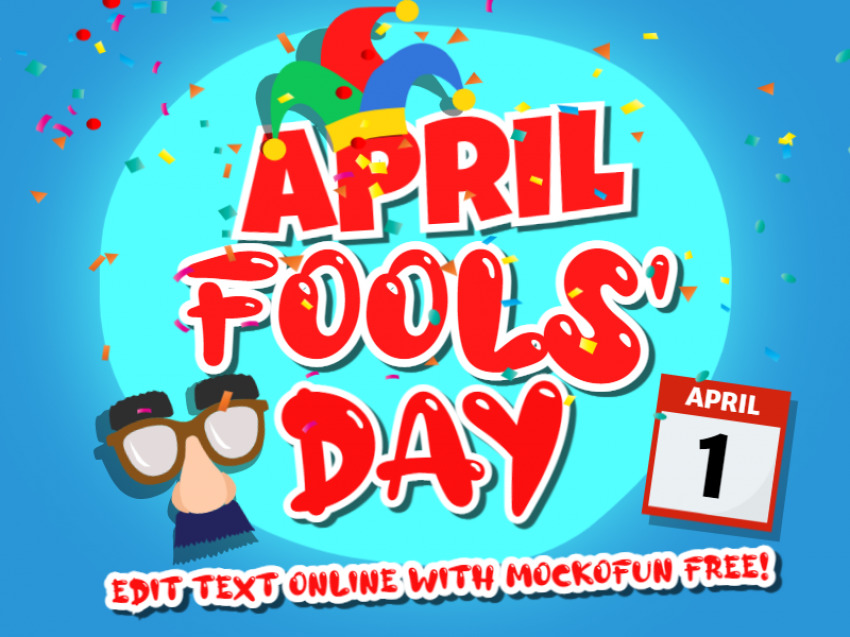 This April fools day picture is editable online. All the elements are in separate layers. So, if you need images for April fools day, you are in the right place!

April Fools’ Day or April Fool’s Day is an annual custom on 1 April consisting of practical jokes and hoaxes. Jokesters often expose their actions by shouting “April Fools!” at the recipient. Mass media can be involved in these pranks, which may be revealed as such the following day.

If you are looking for the best happy April fools day pictures, photos and images, use this free online template.

Edit the text of this April fools day clipart, add a joke, customize the colors and the design.

The world prank day or national prank day is a moment when people, no matter how old they are, act like children and make funny jokes. There are lots of April fools day jokes that you can use for inspiration.

A jester, court jester, fool or joker was a member of the household of a nobleman or a monarch employed to entertain guests during the medieval and Renaissance eras.

It is believed that this holiday originates from the cult of the god of laughter from Ancient Rome. It was customary to arrange celebrations in April in honor of him.

Over time this holiday has spread widely throughout the world. For example, in 1509, a poet from 🇫🇷 France in his work used the casual expression “April 🐟 Fish” which means “April Fools’ joke”. And in 1539, a nobleman from Flanders became famous thanks to his practical joke. On the first day of April, he gave false orders to his subjects.